Abel Gance's visionary masterpiece back on the film concert stage

As part of the Musikfest Berlin 2019, the French silent film LA ROUE celebrated its world premiere in a newly restored version. This not only offered a cinematic masterpiece by Abel Gance (1889 - 1981), but also one of the most exciting rediscoveries of historical film music. It is the premiere music composed by Arthur Honegger together with Paul Fosse for the premiere of the film at the Gaumont Palace in Paris (February 1923) and had not been heard since the silent film era. The new version was produced by the Fondation Jérôme Seydoux-Pathé, which restored the film in collaboration with the Cinémathèque française and Cinémathèque suisse on the basis of the original negative and Abel Gance's screenplay. The work took place at the L'Immagine Ritrovata copying plant in Bologna under the direction of François Ede. The music reconstruction was led by the Mainz composer Bernd Thewes. His source material was a four-page handwritten list of over 100 music titles compiled by Paul Fosse with Arthur Honegger from works of his time: a high-calibre selection of symphonic music by 56 predominantly French composers of Impressionism and Symbolism.

Sisif, a widowed railway engineer, rescues a little girl in a train accident and takes her in as his daughter. When she grows up, he falls in love with her. His son also feels more than brotherly love for her.

About the film and the score music

With LA ROUE, the cinema visionary Abel Gance created a great family saga that reworks motifs from the ancient Oedipus and Sisyphus stories and tells them as a modern tragedy using the stylistic devices of cinema. LA ROUE has gone down in film history for its spectacular railway shots and montages, which inspired the entire film avant-garde of the silent era. The four-part film with an original total length of 8.5 hours was shown as a serial every week after its premiere at the Gaumont Palace and was successively shortened for the film market, much material was lost. The film has been restored for 3 years on behalf of the Fondation Seydoux-Pathé at the Paris branch of 'Immagine Ritrovata, Bologna in collaboration with various archives.

The historical premiere music of LA ROUE consists of 117 pieces of music, 6 of which are original compositions by Arthur Honegger. For the cinema music, Honegger and Paul Fosse (conductor and bandmaster of the Gaumont Palace) use existing music, but refine their choice of music according to well-considered artistic criteria. As musicologist Jürg Stenzl's research confirms, Arthur Honegger rejects the principle of adapting popular classical masterpieces that is common in silent cinema. "He demands, even when it comes to pre-existent music, demanding music that is as recent as possible. As a result, works by French modernists - Florent Schmitt, Guy Ropartz, Albéric Magnard, Paul Dukas, Albert Roussel and late compositions by Debussy, as well as Darius Milhaud's "Cinéma-Fantasie" from 1919 were included. Of the 56 composers from whom music was used, two-thirds were still alive in 1922."

Bernd Thewes (*1957) studied school music in Saarbrücken and musicology in Mainz. His oeuvre includes compositions for solo and orchestral ensembles, radiophonic projects, opera, sound installations and film music. He works with leading soloists of New Music such as Dirk Rothbrust, Dietmar Wiesner or Irmela Roelcke. For the ARTE silent film programme he realised several new compositions (for films by Hans Richter and Carl Th. Dreyer) as well as arrangements of historical film music, which have set a new international standard in the orchestration and arrangement of original historical music: Der Rosenkavalier by Richard Strauss (1926), Sprengbagger 1010 (1929) by Schönberg's student Walter Gronostay, Berlin, Sinfonie der Großstadt (1927), Oktober (1928) by Edmund Meisel, and Der Student von Prag (1913) by Josef Weiss. With the reconstruction of the premiere music of the Abel Gance film La Roue (F 1923), Bernd Thewes has reconstructed the longest film music in silent film history: 7 hours of music, which received international acclaim in a German-French double premiere in Berlin and Lyon in 2019.

François Ede is a director, documentary filmmaker, cinematographer and also an actor and screenwriter.
A member of the Conservatoire des techniques cinématographiques and the French Film Library, François Ede is one of the professionals who love cinema in its purest form. He was first cinematographer on four feature films by Raoul Ruiz, with whom he wrote the screenplay for Les Trois couronnes du matelot. He has made several documentaries on current events and on the works of film artists: Charlie Chaplin, Jacques Tati, Henri Cartier-Bresson and Willie Ronis. He has also published two books on Jacques Tati with Éditions Cahiers du Cinéma.
François Ede In parallel with his work, he contributes to the preservation of film heritage and supports its development by taking care of the restoration of films that he works on a freelance basis: Jour de fête and Playtime by Jacques Tati, Yoyo by Pierre Etaix and Lola Montès by René Clément, which was recently screened at the Cannes Film Festival in the Cannes Classics section.

Abel Gance (1889 - 1981) is one of the great pioneers of film, best known for his monumental Napoleon film, first shown in 1927, a milestone in film history in which the director experimented with novel editing techniques and camera movements as well as the parallel reproduction of several storylines on three screens.

Abel Gance comes from Paris. He came into contact with the emerging French film industry in 1912 via a diversion via the theatre stage. He soon began to make his own films in which he was often simultaneously responsible for the screenplay, editing and directing and also took part as an actor. During World War I Gance was briefly deployed at the front, but in 1915 he was discharged from military service again for health reasons. In the next years he made about 20 movies in close succession. After a first major success with the melodrama "Mater dolorosa" from 1917, the pacifist film "J'accuse" brought him his international breakthrough in 1919.

In the mid-1920s, Gance began work on a Napoleon project. Initially planned as a series of six films, Gance was only able to complete the first part, which, with an original running time of six hours, also went beyond conventional dimensions. The public's reception was divided and when his first sound film "La fin du monde", a lavishly produced and correspondingly expensive science fiction, failed at the box office in 1931, his career was seriously damaged. Although Gance was able to make a number of other films, some of which were quite successful, he was far less independent artistically and instead remained bound by the studios' guidelines. After 1945 Gance could only realise a few projects and worked again and again on new versions of his Napoleon film. Abel Gance died in Paris on 10 November 1981. 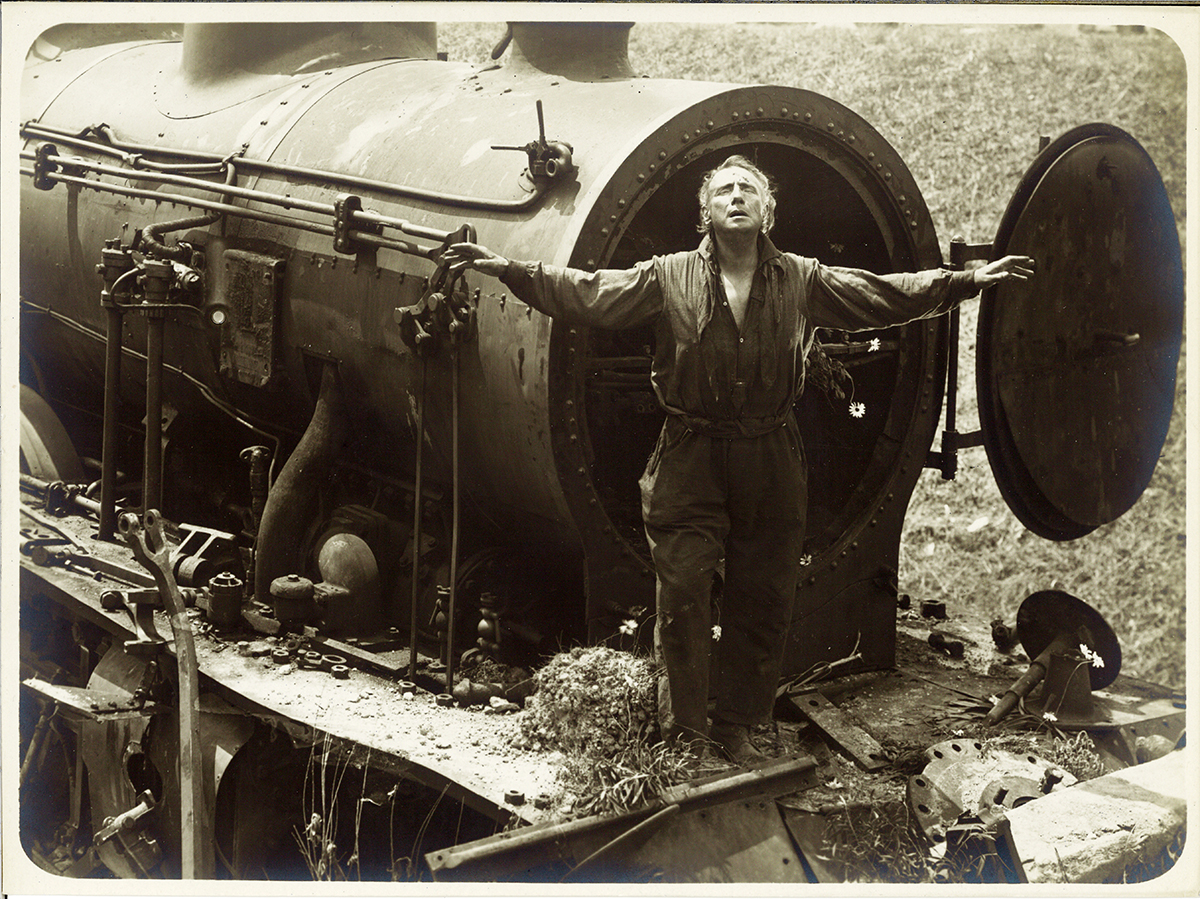 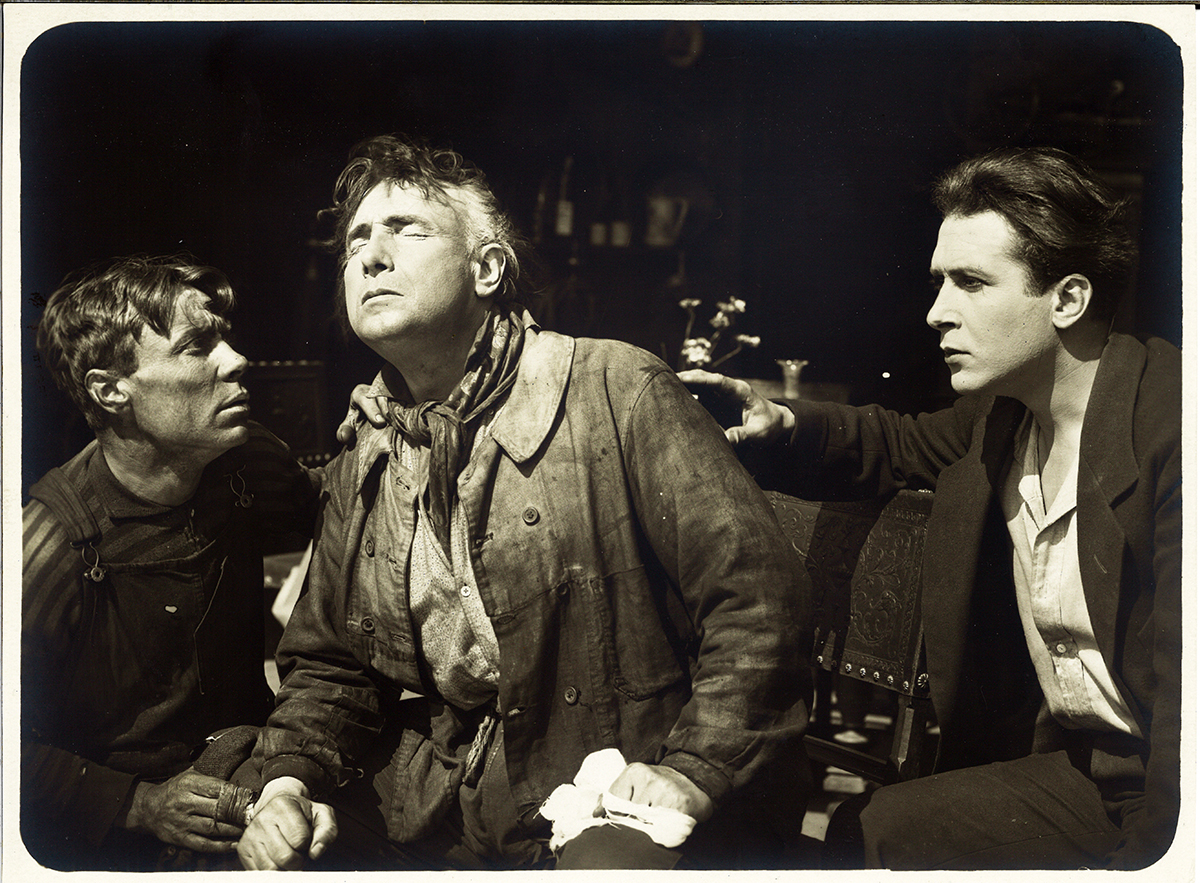 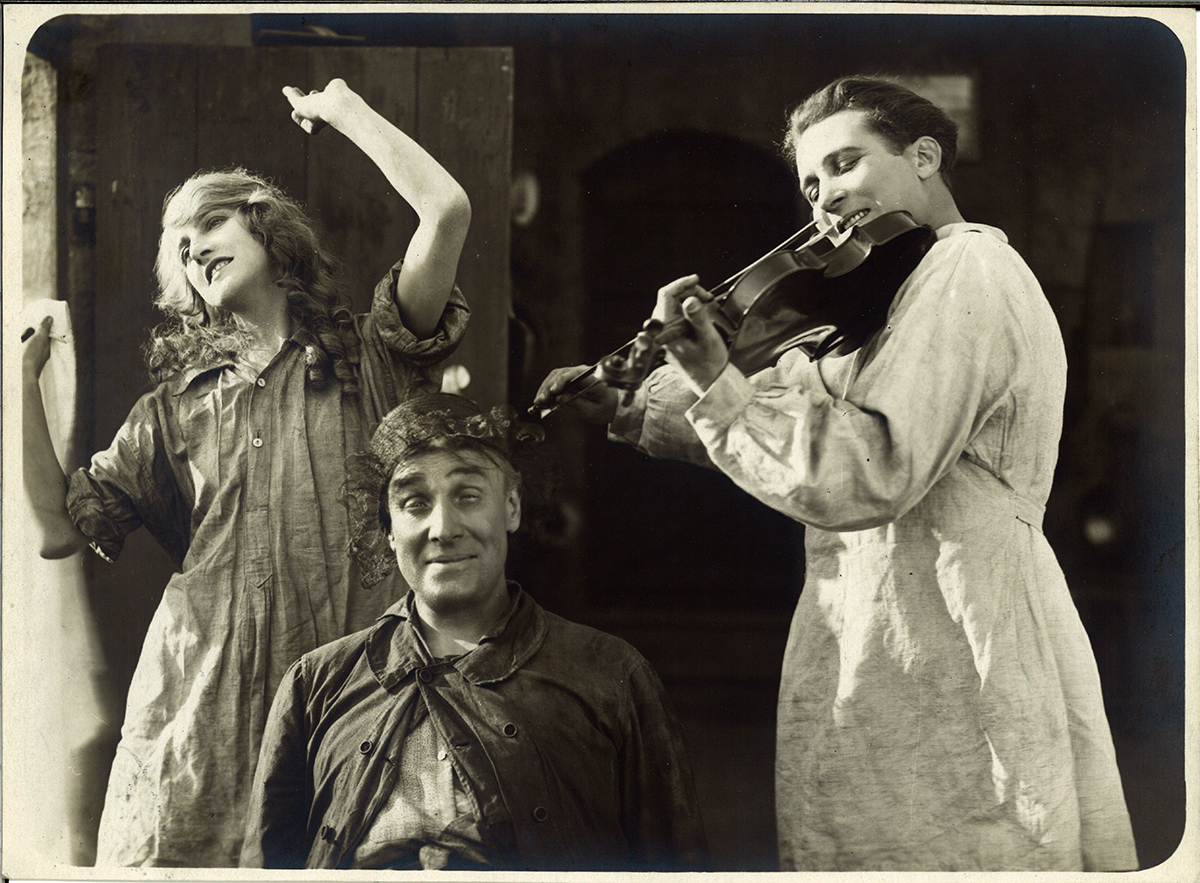 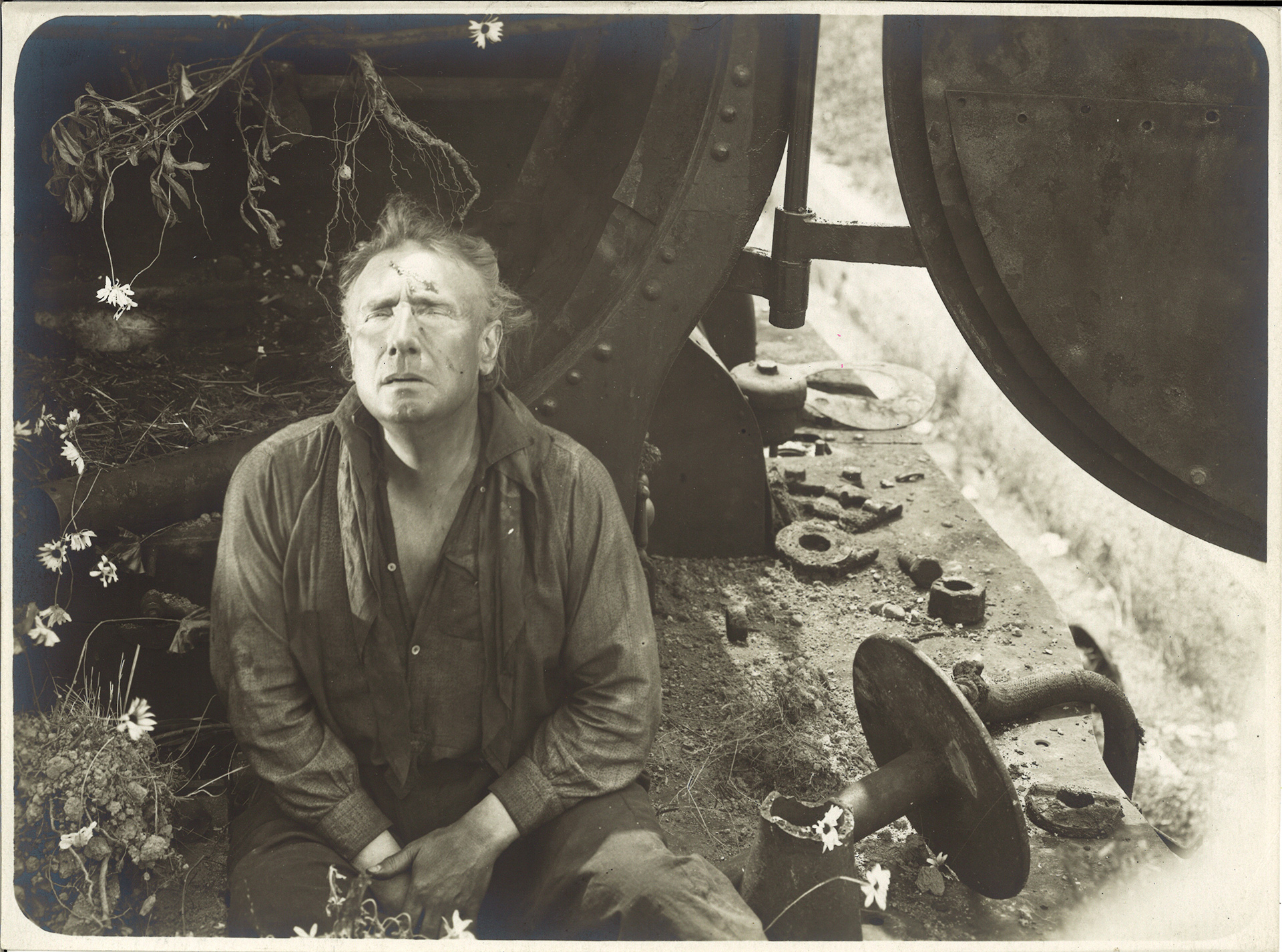 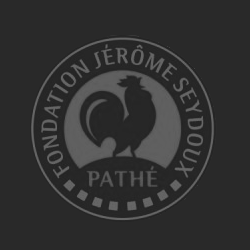 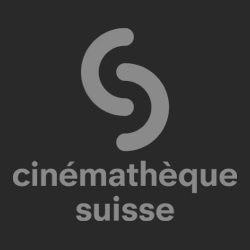 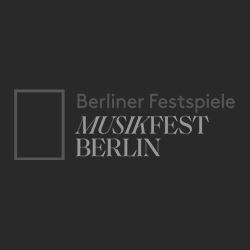 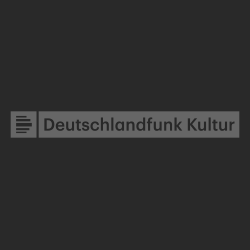 Music production with the Rundfunk-Sinfonieorchester Berlin at RBB 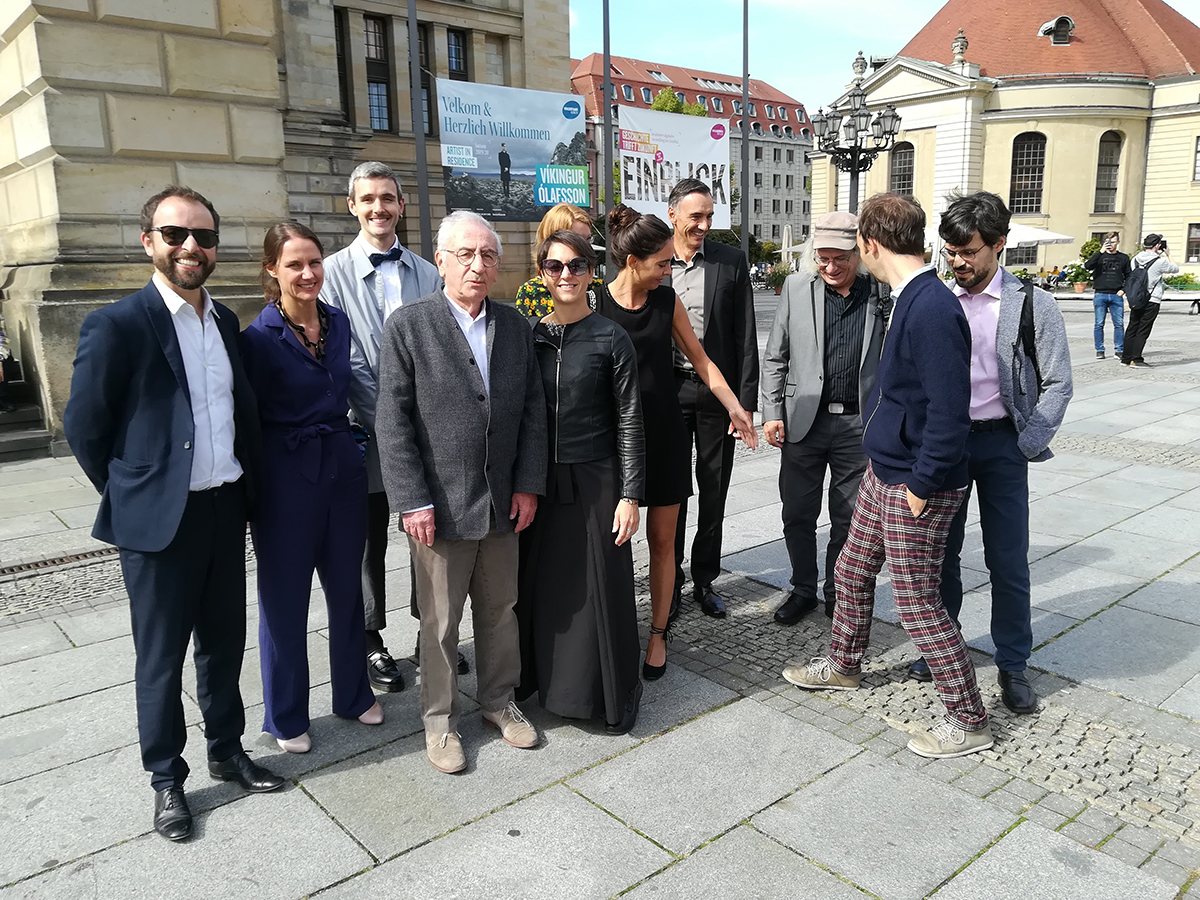 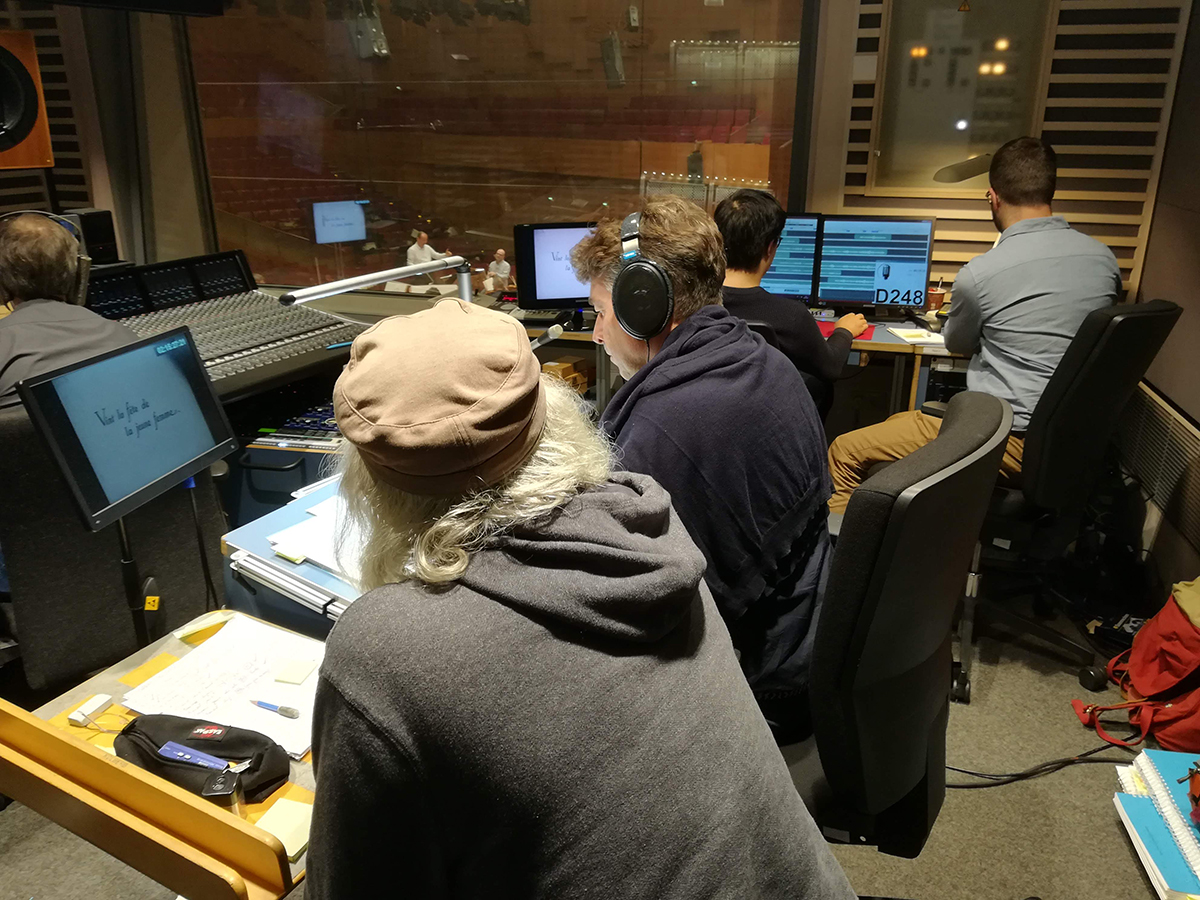 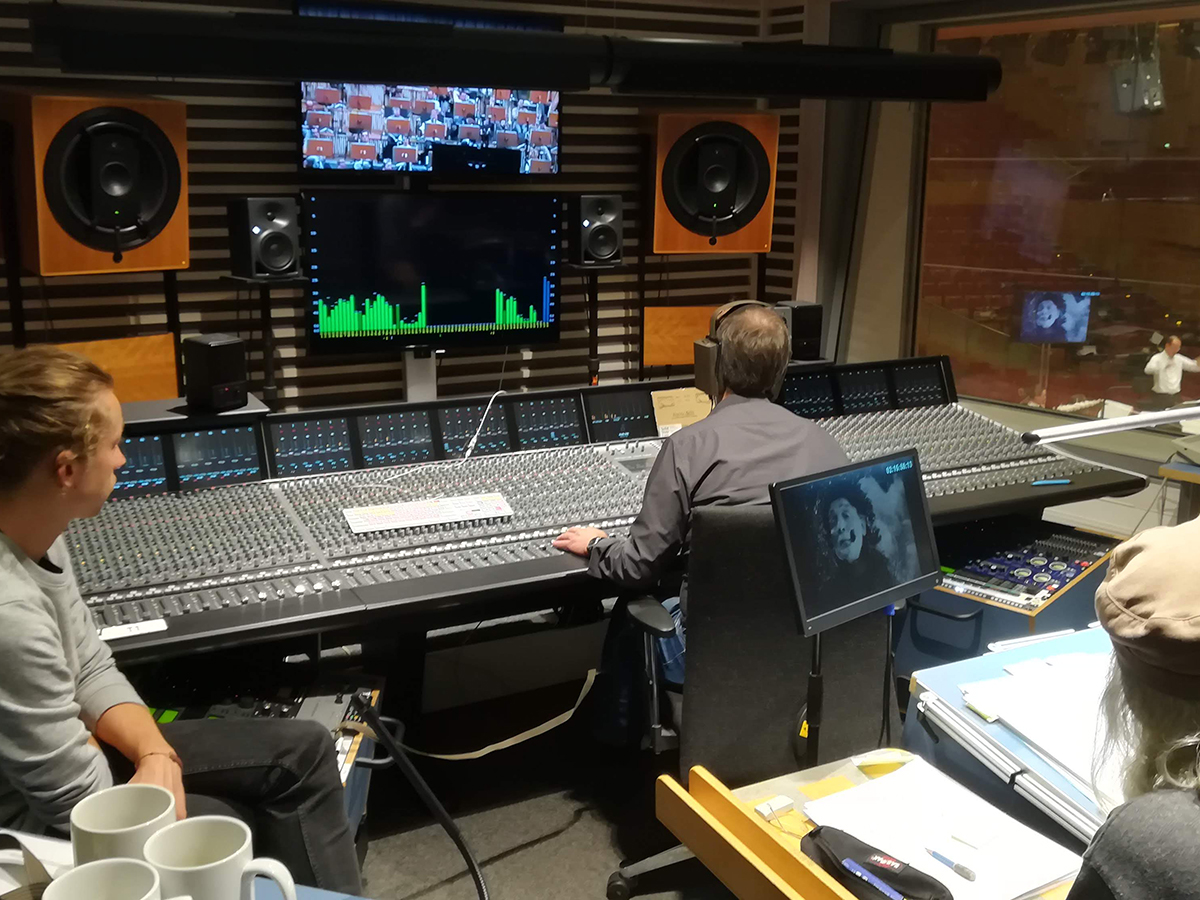 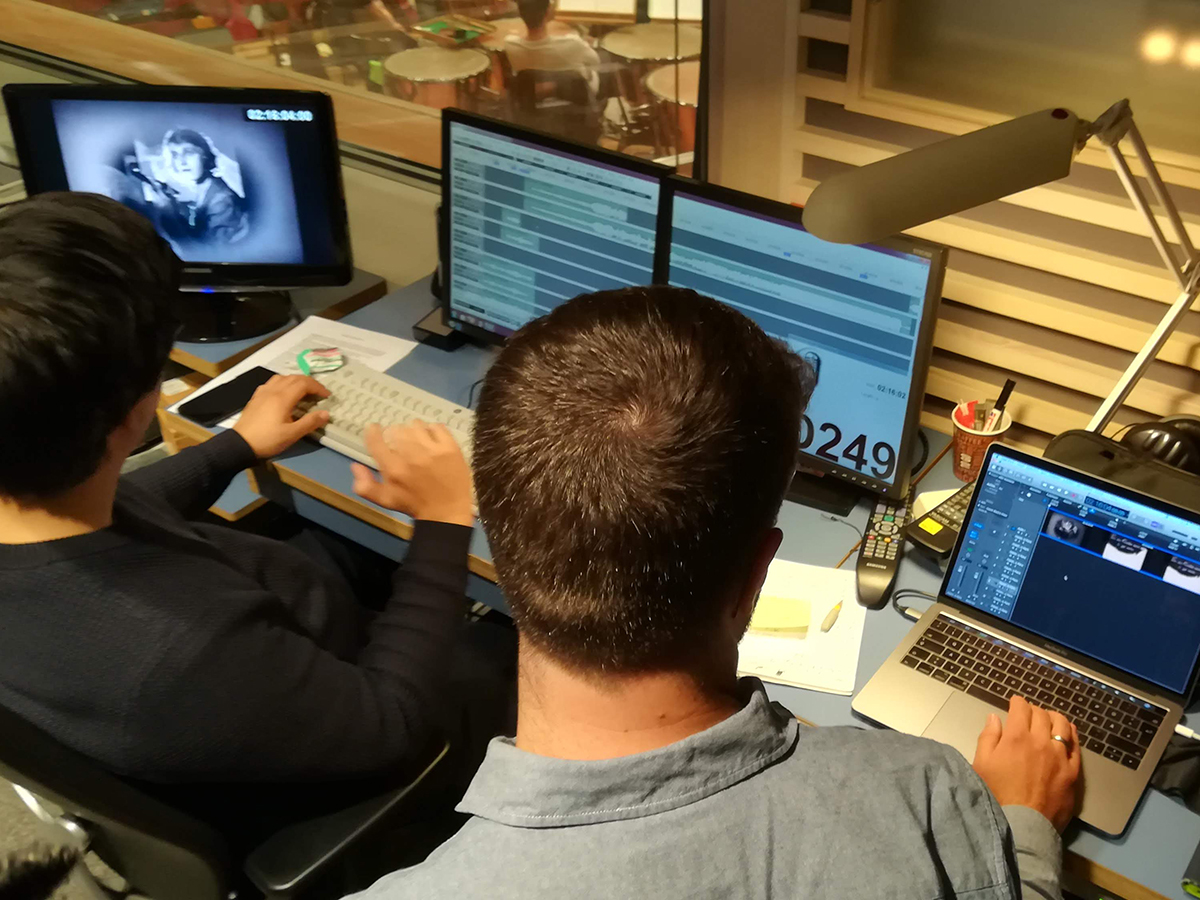 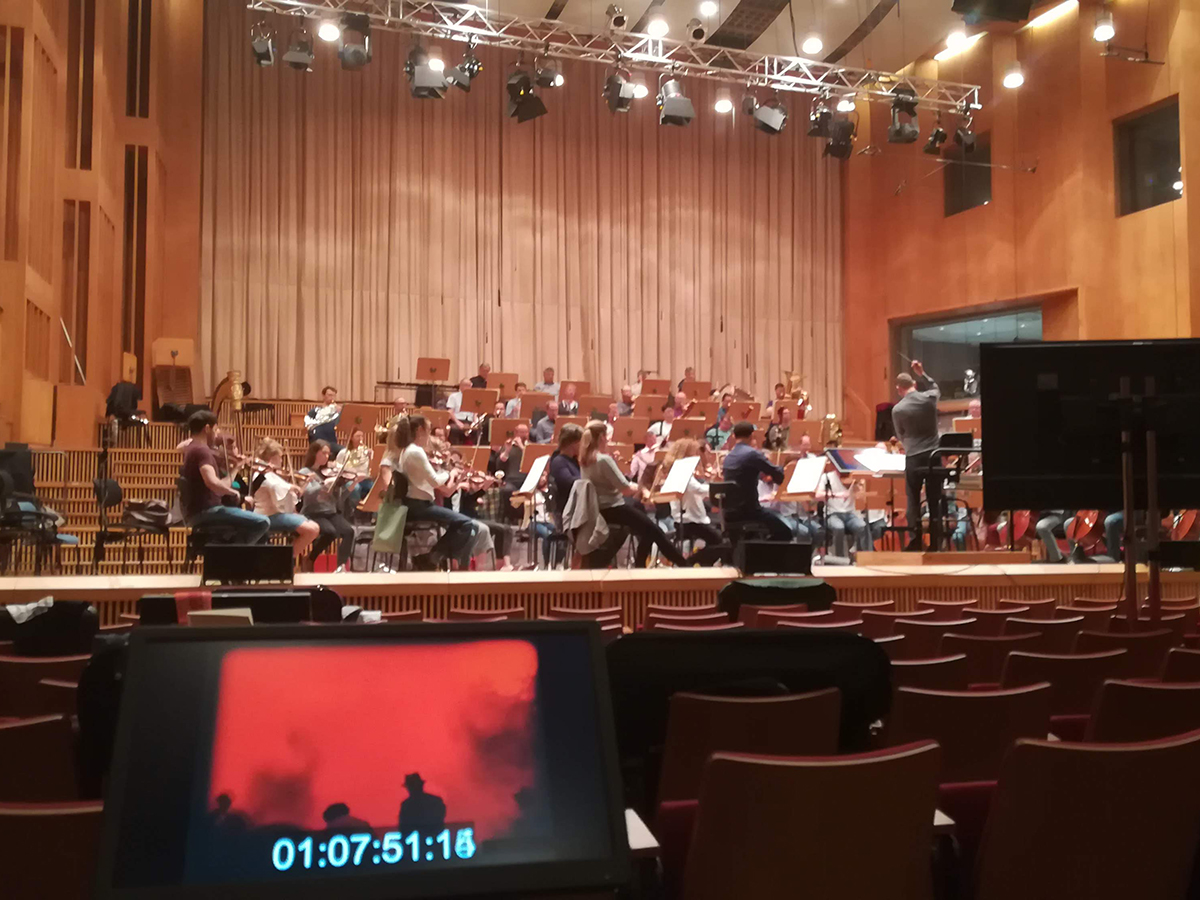 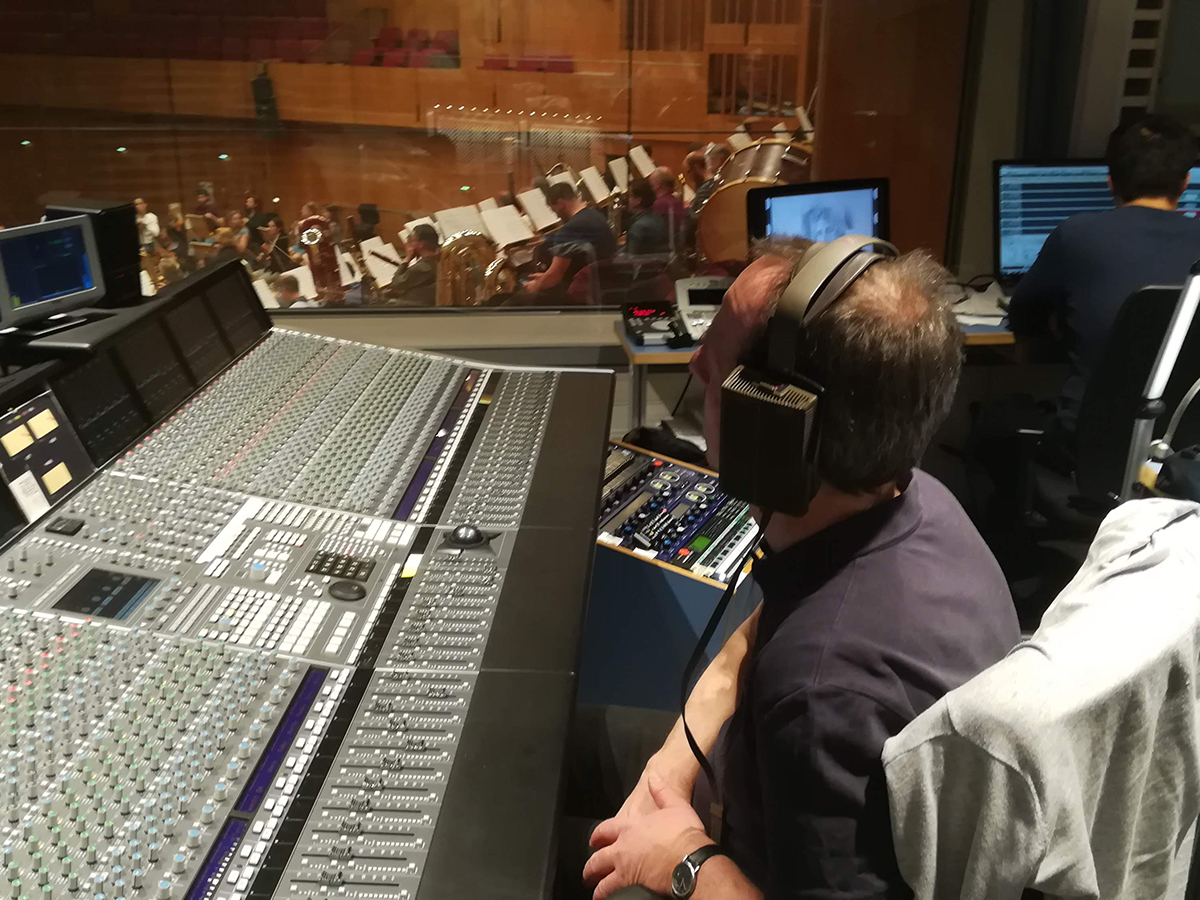 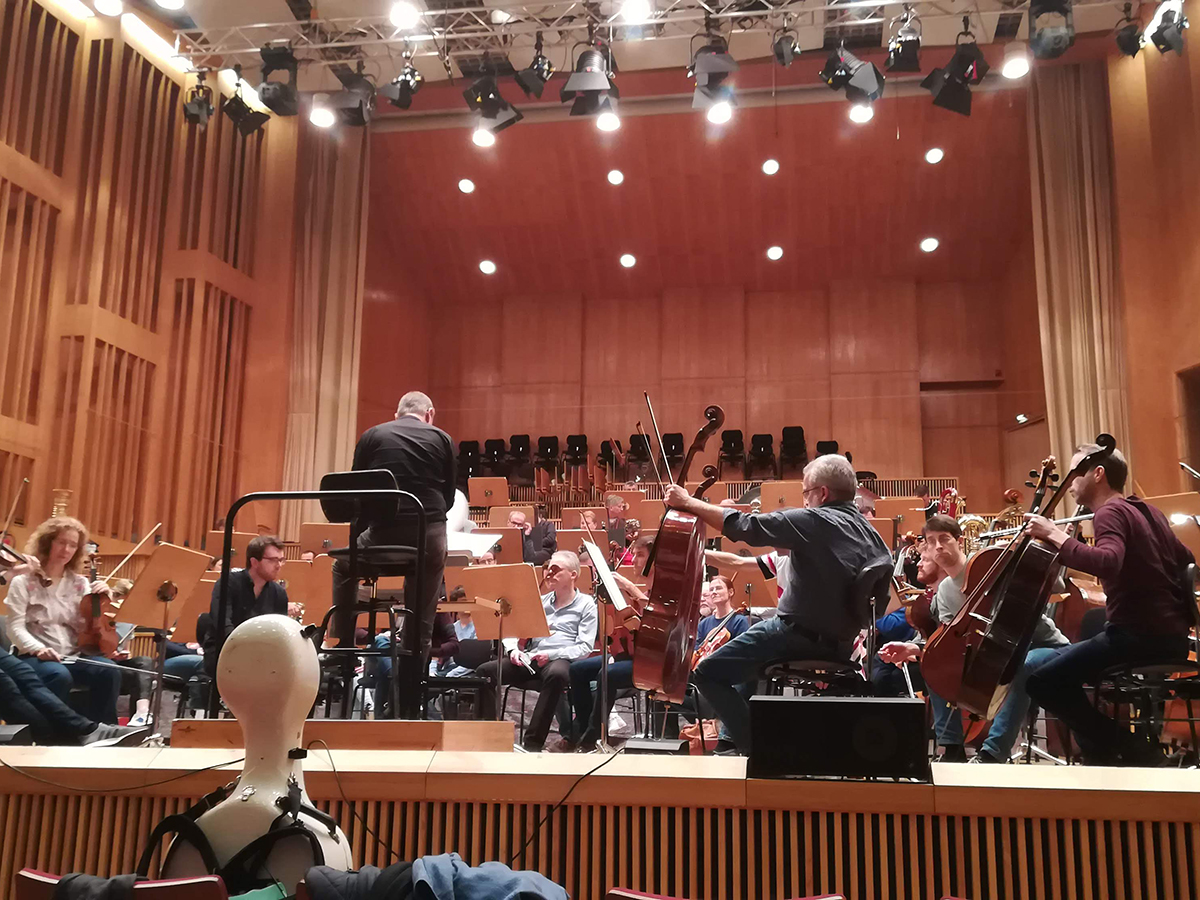